-Deon-He was finally banned, and for good reason. One of the worst posters of all time, he sucks in every way imaginable. His banning was a long time coming, and is something of a blessing really.

-Marvinisalunatic-GLENN BECK! SARAH PALIN! HD TV! 3 DOORS DOWN! He's hated by virtually everyone, yet will never be banned.

-Leena-Was banned (asked to be), and can't quit bitching. Bitch please, you must have a mental disease, assume the position and get back down on your knees.

-SuperJerk-An argumentative, self loathing, unfunny, misogynistic shell of a man who made me embarressed to like Obama. There's being a supporter, and personally going out to consume shit, and Jerk crossed that line many a time. What's there to love? Oh yeah, that's right-nothing.

-cabbageboy and DarKnight-Mouthbreathing cousins who are terrible in so many ways, and just more proof of how much the WWE folder sucks usually. See also: Enigma, Canadian Dragon, Marvin, Chazz, J-Pop, Grungy Punk, and others.

-Grungy Punk-Speak of the devil, here's a treasure trove. Incredibly annoying and stupid, prone to making dumb comments-I could go on.

-bob barron-To be fair, bob doesn't suck really. Sure, he complains, but he's the Ombudsman, or whatever. Thing is, he's gotten even whinier and bitchier over the last few weeks, and it's getting intolerable.

-Bruiser Brody-I know, it's a PBP. He's not doing anything he hasn't done already. He's gone from amusing to really annoying and contrived though. And shut the fuck up about your Uncle. Oh, and he really, really isn't funny. He's terrible. Should he be banned? No, but he still sucks. Look at Milky: He's a deviant, but you can actually have a regular conversation with him. Brody can't even do that, he just drives the gimmick to the ground.

-Canadia Dragon-CM PUNK IS BEING BURIED!!! Shut the fuck up. Punk is lucky he's gotten this far. A lot of guys in the business wish they were going that far.

-Chazz-Oh, go ahead and respond Chazz. What are you going to do? Are you going to come up with terrible comebacks and insults? Call Obama "Osama" (oh, so edgy!)? Call me bitch? PM an insult to me? Bitch about the WWE?

-Jingus-From bitching about misogyny constantly (when he does this, I think of Rob Schneider as The Sensative Naked Man talking), dissing my man Dario Argento (though to be fair, "Mother of Tears was a serious letdown), calling the splatter comedy "Machine Girl" torture porn (Hint: it's a movie with a chick with a machine gun for an arm. You aren't supposed to take this seriously you know) and having something of a victim complex, I only had to save him for last. It makes sense really. He even PM'd me asking me what my problem was, but I deleted it. Here's my problem Jingus: you suck and nobody likes you. Quite being a whiney bitch and 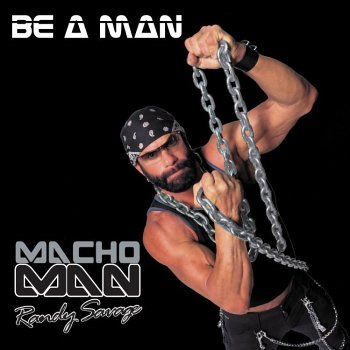