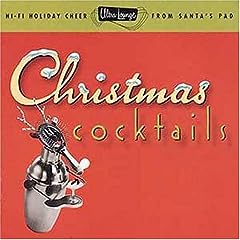 The Christmas Cocktails series are worth every penny. That's good too, since they are cheap. Loungy takes on old Christmas classics, and Dean Martin (among others)

Christmas on Death Row boasts one awesome song in Snoop's "Santa Claus goes to the Ghetto", and a whole bunch of filler-including cliched gangsta rap, r&b, and new jack swing.

Mariah's album has "All I Want for Christmas Is You" and "Miss You Most (At Christmas Time)". It's worth it for those alone.

Yeah, I don't know what they were thinking either.

Jethro Tull's Christmas album is actually one of the better Christmas albums, in the fact that you can listen to it regularly. Granted, it's no Thick as a Brick or A Passion Play, but it's still pretty good.